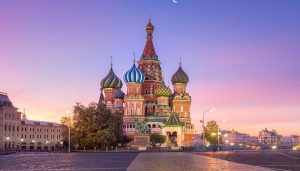 Having lived in Russia for a year, I can still remember the country’s vibrant colours. As a child, my friends and I would jump in the car and drive to our favourite skating rink, IceClash in the Shipyard area of Leningrad, St Petersburg. Despite the frozen landscapes, the brisk air and roaring rivers, life on the East Coast was still pretty good.

When I was fifteen, my father took me to the gundown canal where we caught the first of my many trains to Leningrad. This was quite a long trip and to this day, I still seem to have no idea of where we actually went. It was just a marker, a place to landmark, nothing more. Knowing nothing about the city, I arrived at the railway station and was struck at how late it was, it was of no concern. I remember the clerk telling me in Ladin, “You’ll never guess, you’ll never remember!”.

I was walking up Salostumovo, probably east of Leningrad, when a German youth suggested that we walk to the west end of the city to a “better” road. I protested strenuously, as I couldn’t decide whether to risk life or death by taking that risk. Just as my husband was about to step on the accelerator, he shouted, “Come on, kids, don’t be conspicuous like you are! This is all about you!” And I would swear that his entire body language said it.

Ten minutes later, after we had crossed the Swedish-Polish border, we came to a shantytown on the other side of the city. I stepped into a freezing 10 degree breeze and let out a sigh. My husband looked at me from across the railway platform. “You’ve had a bad day, Pam. What’s the matter?”

I had a headache and was struggling to find the courage to tell him the truth. All I could think about at that time was not turning around and saying, “We’ve come a long way, you see … ”

I decided on the safest thing to do: to mumble something about feeling ill and wanting to go home. He would find out that his Russian accent had been heard far better than my English. I was rewarded with a warm smile and a 300-yard hug.

My mother-in-law had a house nearby, so we took a taxi and got to Leningrad, by street that linked to a metro station. We barely made it in time for the celebration. We got off near the Palace, and stumbled into a ice cream parlor.

I had two competing feelings: exhilaration and horror. My first feeling was for the parlor itself, but my greatest fear was that we would return and find that our new surroundings were so grim and unforgiving and cold that we had to spend our days inside our wheeled house.

The tour guide asked us to assemble in the center of the circle and then started the statues holding a clear designer bag. One of the female figures began posing for us. I studied the life-size sculpture of a woman in a flowing dress, which was then followed by a male figure.

I couldn’t help but think that beauty is power, and the human form in sculpture and nature can be perceived as expressions of the divine. In fact, the human form is substantially different in various cultures – here, in our tribe, we find the most beefy build and rotund bodies, with a strong Adam’s waistline. There, the men are broad and sturdy and the women, with breasts that seem to emigrate out of their bodies.

The create was neither post-modern nor was it particularly original, but instead it was close to what we know. The artistry was tight and the design was clean and precise. It could be as graceful as the work of art it self, but it was also funny, with a silliness that made it work.

While we were enjoying our complementary half-hour Lunch, a group of Japanese tourists dining in a nearby restaurant came over and said very loudly, “Would you like to have lunch with us?”

I couldn’t believe it. Up to that point I had never seen any Japanese people approach us and say anything more than hello and Hello.

Her mannerisms were elegant and she said nothing else. She and the Japanese tourists spent a good amount of time looking at us and said nothing. It was as if we weren’t really on their list of desirable guests. We were outsiders, standing with our backs against the restaurant Walls, eating in a noisy open air restaurant, not meeting the Japanese tourists’ eyes, but instead looking at each other. No one would approach us and say anything more.